Baku 2015 Could Be Springboard for Karate Olympic Bid

World Karate Federation chief Antonio Espinos tells Around the Rings the European Games showcase for his sport can help its bid to join the Tokyo 2020 Olympics.

On June 22, Tokyo 2020 will announce its shortlist of sports for inclusion in the Games. A total of 26 federations have applied.

Karate along with baseball and softball and squash are considered to be among the frontrunners.

Speaking to ATR in Baku, Espinos said staging karate in front of the IOC’s top officials at the European Games was “very important.»

“For the IOC president to see our sport is something great,” he said.

“It makes our position and relationship with the IOC more solid,” he said, adding that Tokyo 2020 organizers could see “the prestige and knowledge of the sport in Europe” and what karate could bring to the Olympics.

“We have to keep on working. We want to be on the shortlist and in the proposal on Sept. 30. This is what we are focusing on,” Espinos said, adding that the WKF was continuing to work closely with the Japanese Karate Federation to aid its Olympic ambitions.

Asked if Asian Olympic powerbroker Sheikh Ahmad was behind karate, Espinos described the Kuwaiti IOC member as “a good friend of karate.»

“I feel that he is sensitive to the sport and appreciates the progress and work karate has been doing in the last years,” he added.

For the World Karate Federation and Espinos personally, the Olympic goal would be a long-held dream come true.

“The Olympics is perceived as the pinnacle of achievement. What it means? The Olympics for us would be the catalyst of so many social benefits we could give to youth and we would be able to do it much faster than we are today,” he said.

He also noted that the sport is growing in popularity worldwide. Currently, the WKF boasts 190 member federations. By the end of the year, he hopes this may expand to 193/4 with the addition of countries such as Butan, Equatorial Guinea, Oman and Jamaica.

KNOW WKF EVOLUTION FROM 1970 UNTIL TODAY

SAY NO TO DOPING!! 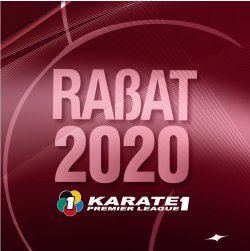